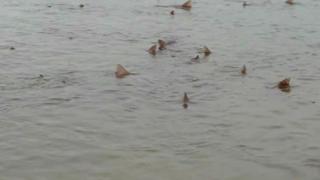 Up to fifty sharks have been spotted swimming in waters near Selsey in West Sussex.

The sharks were identified as smooth hound sharks, which can grow to around 1.5 metres in length.

The RSPB's Peter Hughes, who filmed the event on Thursday, said: "It was astonishing. There were just these huge fish everywhere in knee-deep water.

"We knew in time that Medmerry was going to be a great place for wildlife, but I don't think anyone expected this. We assume they were coming in to feed on the crabs and other marine life that have made their home at Medmerry." 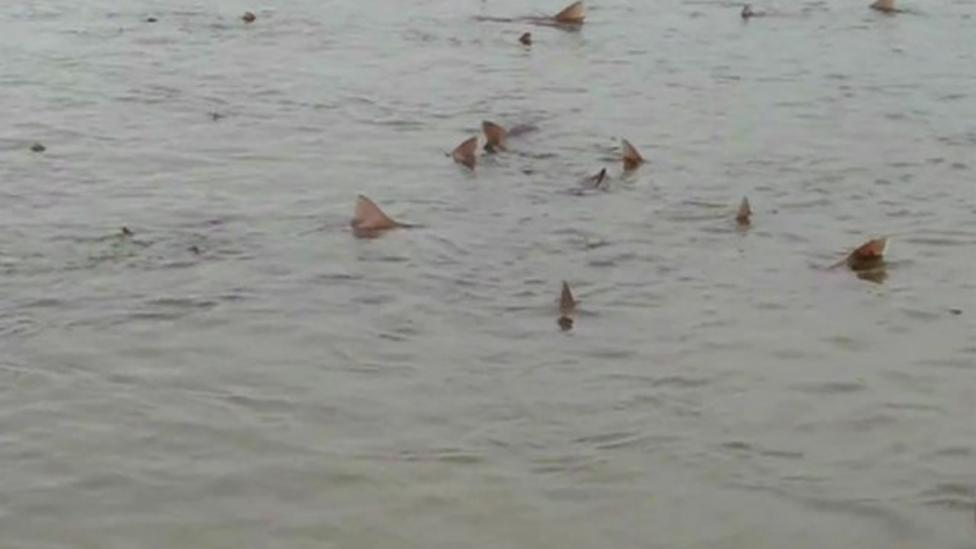