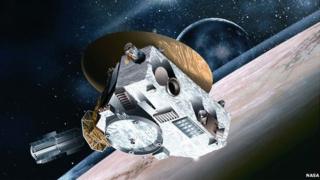 Nasa's New Horizons probe has made a historic journey past Pluto today.

The probe has been travelling to Pluto for the last nine years, and today it's hoping to take the clearest pictures ever of the dwarf planet.

Pluto is 3.26 billion miles away from Earth and is the only body in our solar system to have not yet been visited by a probe.

Scientists received one last message from the probe last night, before it turned its attention back to Pluto.

New Horizons should get back in touch with Earth to send back the pictures and data at around midnight tonight. But there's lots happening before then. 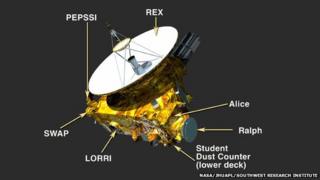 As the New Horizons spacecraft finishes its fly-by of Pluto, it will be gathering all sorts of data about the dwarf planet, using a number of gadgets fitted to it.

The research from these gadgets will help us to learn more about what Pluto looks like, what it is made from and how cold it is on the dwarf planet. 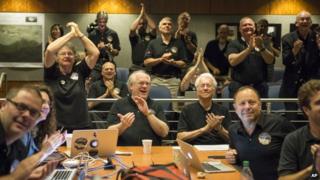 These scientists at the Johns Hopkins University Applied Physics Laboratory, in America celebrated the fly-by of the probe and the latest picture of Pluto.

Alan Stern, the New Horizons principal investigator said: "It's really historic what the US has done, and the New Horizons team is really proud to have been able to run that anchor leg and make this accomplishment."

The New Horizons probe is now continuing its journey past Pluto, at a distance of 8,150 miles from its surface, that's about the same distance as the Earth's diameter.

It has taken the probe over nine years to travel to Pluto, and we won't see any of the pictures or research until midnight tonight, when the probe sends its findings back to Earth. 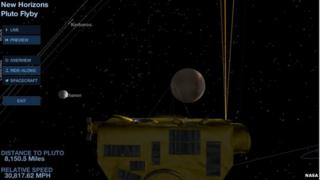 The New Horizons probe has made history by reaching its closest approach to Pluto at 8,150 miles from its surface!

The probe is currently scanning the dwarf planet's equator to find out more about it. 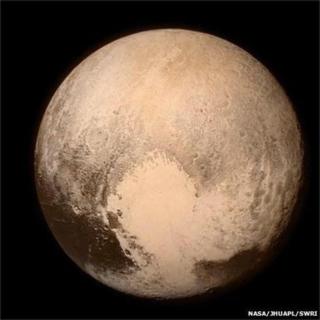 The New Horizons probe is now less than 10 minutes away from its closest approach!

This amazing snap of Pluto, was the last picture the probe sent back to Earth before turning its attention back to the dwarf planet,

She sent us this special report with an update on the New Horizons mission. 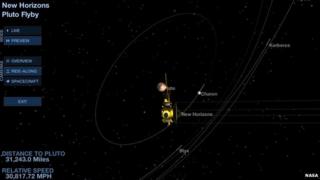 NASA
Here is a graphic of New Horizons journey to Pluto

There is only one hour to go now, until the New Horizons probe reaches its closest point to Pluto.

The probe is currently around 31,000 miles from Pluto's surface.

Pluto was officially discovered in 1930 by American astronomer Clyde Tombaugh, who was using one of the most powerful telescopes at the time at the Lowell Observatory in Arizona, USA.

Pluto was named by an 11-year-old schoolgirl from Oxford, England, who liked classical mythology and chose to name it after the ancient god of the underworld.

For more than 70 years Pluto was classed as a planet, until 2006, when the International Astronomical Union down-graded it to a dwarf planet.

A dwarf planet orbits the sun just like other planets, but it is smaller. Pluto is so small it cannot clear other objects out of its path.

The latest research from the New Horizons probe says that Pluto is around 2,370km in diameter. 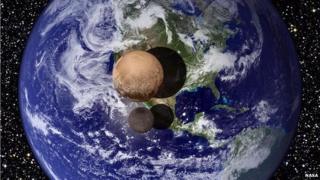 NASA
How Pluto and its biggest moon, Charon, compare in size to the Earth 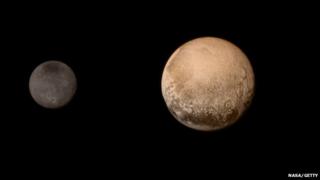 The New horizons probe is now less than two hours away from its closest approach to Pluto.

The probe will fly pass the dwarf planet at just 12,500 km from its surface travelling at around 31,000 mph.

During this time the probe will have a short window of time to take pictures and gather data on the dwarf planet and its five moons: Charon, Styx, Nix, Kerberos and Hydra.