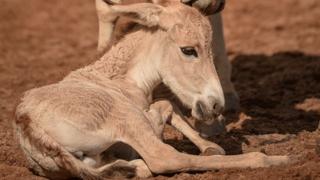 This is a rare baby onager foal. It's one of two born on the same night at Chester Zoo.

It's a species of wild ass that lives in Asia and belongs to the family of hoofed animals, once found living in herds across the deserts of Mongolia, China and Iran.

Over the past 16 years their numbers have declined by more than half and there are now only 600 left in the wild.

The species is listed as critically endangered by the International Union for the Conservation of Nature (IUCN).

They have been targeted by poachers, their habitat has been overgrazed and some fell ill after catching diseases passed on from farm animals.

Now keepers at Chester Zoo say they're delighted by the arrival of two onagers that were born within a few hours of each other.

Their mums are Jamila and Zarrin and their dad is called Holmes.

Very few zoos in the world work with the animals because of the challenges of breeding and keeping the species.

Tim Rowlands, from Chester Zoo, said: "Both foals are doing very well. Mums Jamila and Zarrin are doing a great job of nurturing and bonding with their new babies.''

"We hope the foals will one day be part of an international breeding programme for the species, to make sure the population increases in zoos." 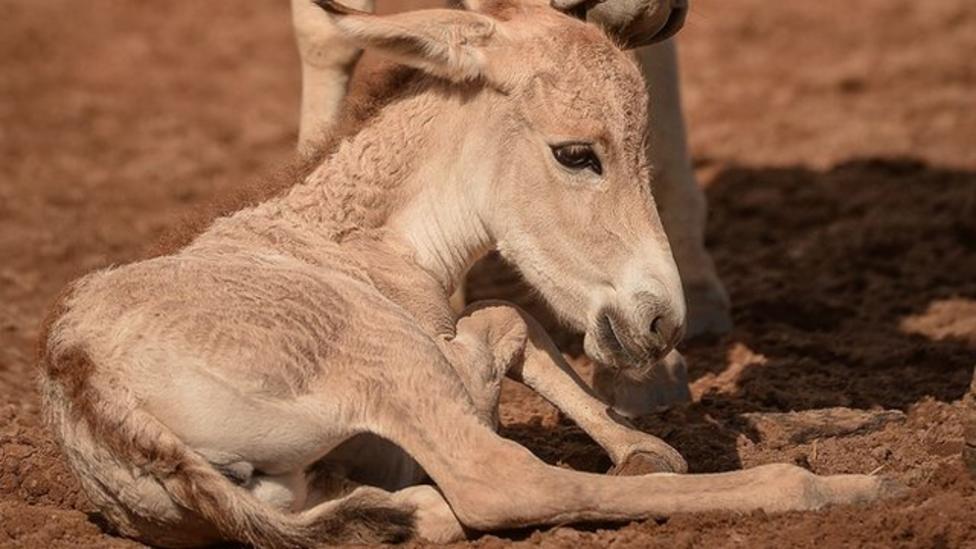