Mo Farah back on track again 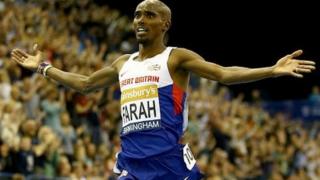 Mo Farah is returning to the race track later.

It's the first time he's run since his coach Alberto Salazar denied claims he supplied drugs to improve performance to another athlete back in 2002.

Farah, who won two gold medals at the London Olympics in 2012, has insisted that he's never taken drugs to improve his performance.

Mo Farah will be running over 5,000m for the first time this season.

It's his first race in six weeks. 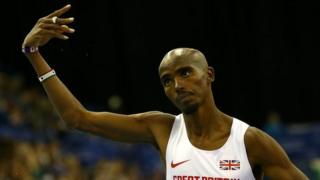 He pulled out of a Diamond League meeting in Birmingham last month.

Farah will race against five of the top six in the world rankings this year.

After Lausanne, Farah is due to race over 1,500m in Monaco.

He'll then go back to the Olympic Stadium in London to compete in the 3,000m at the Anniversary Games. 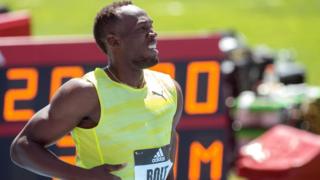 The Six-time Olympic champion Usain Bolt won't be there for the 100m race.

But Justin Gatlin, Asafa Powell and Tyson Gay will line up in Switzerland.