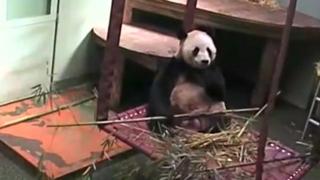 A giant panda has been given a bit of fright by one of his favourite foods.

Yang Guang, nicknamed Sunshine, was happily swinging on his hammock, chomping away on bamboo, when a big stick of it fell on him and made him jump.

The moment was captured by a CCTV camera in Sunshine's enclosure at Edinburgh Zoo.

Alison Maclean, who works with the giant pandas, said: "Yang Guang is normally a very peaceful and calm animal, who loves sleeping and eating.

He had quite a fright though when a stick of bamboo he'd forgotten he'd put aside for later fell and broke the silence!

Our bear quickly recovered though and happily went back to lazing about and giving himself a good scratch." 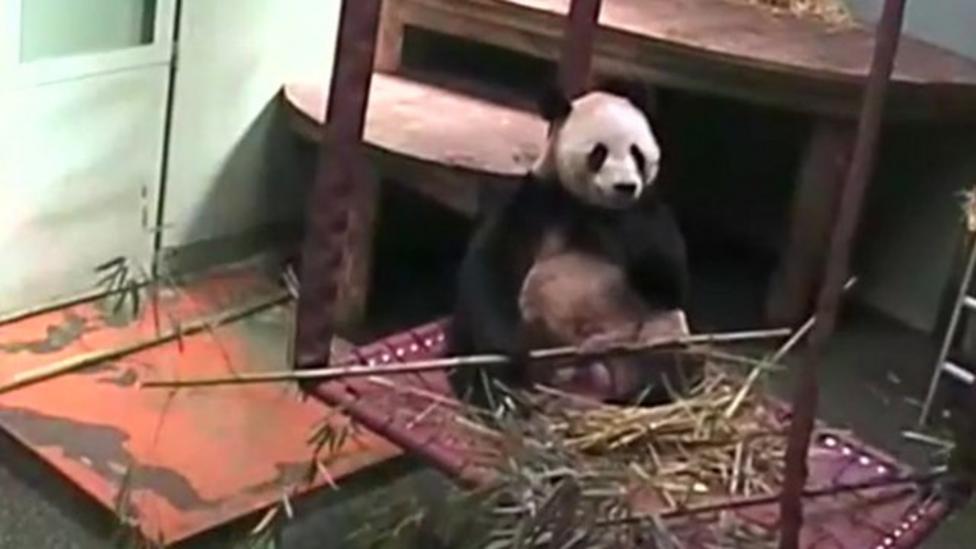