7/7 London bombings: How people came together 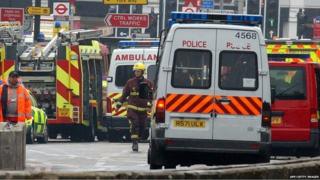 When the attacks happened there was lots of help and support from doctors, police and the fire service .

Ayshah spoke to Jason Killens who works for the London Ambulance service, about how the emergency services helped during in the attacks.

Esther Hyman lost her sister Miriam in the attacks.

She is proud of how people came together to help and support each other after the attacks.

These types of attacks are very rare in the UK, and police, the government and security services are taking measures to try to stop events like 7/7 happening again.

Minute's silence to remember the victims of the 7/7 attacks