Do you compete with your siblings? 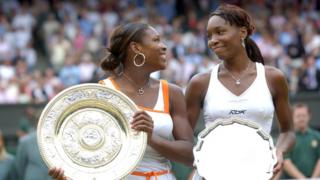 Serena and Venus Williams are set to face each other on Wimbledon's Centre Court. But how would you feel competing against your sister or brother?

Both players have made it into the fourth round of Wimbledon, after Serena beat British star, Heather Watson, on Friday.

The American sisters have dominated women's tennis for a long time.

Although they are fierce opponents on the court, they say that they are able to forget their rivalry in normal life.

Thank you for your messages. This chat page is now closed.