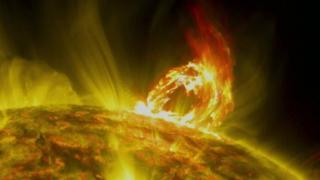 Footage of an eruption on the sun's surface has been released by the US space agency, Nasa.

The kind of eruption shown in this clip is called a 'coronal mass ejection', where a giant cloud of particles from the sun is thrown into space.

The eruption was filmed for 4 hours earlier this month before being sped up in the video.

Solar flares like this aren't a risk for people on Earth. 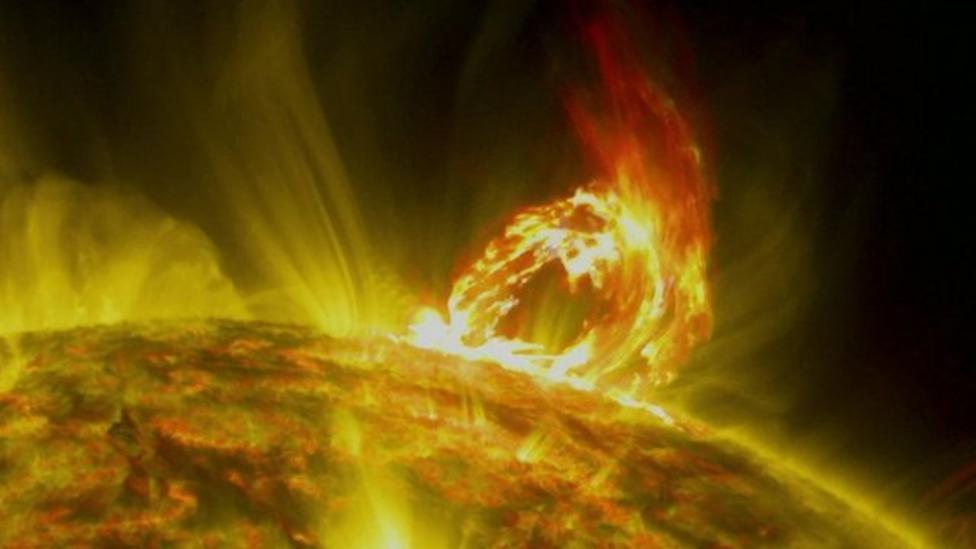