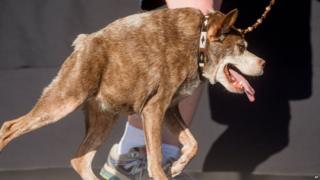 A dog called Quasi Modo has been named the World's Ugliest Dog.

The 10-year-old, who's a crossbreed of a pit bull-Dutch shepherd mix, beat off competition from 20 others dogs to win the top prize.

Quasi Modo has a slight hunchback after being born with a spinal defect and was adopted by a vet in Florida, USA, after being abandoned at an animal shelter.

Take a look at these brilliant photos from the dog competition. 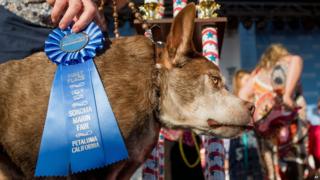 AP
Quasi Modo gets his winner's rosette at the contest, which takes place every year at the Sonoma Marin Fair in California 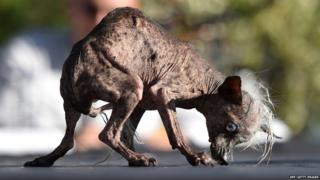 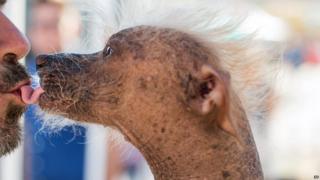 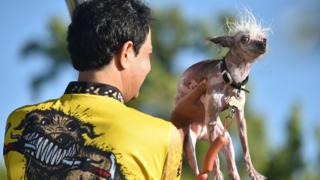 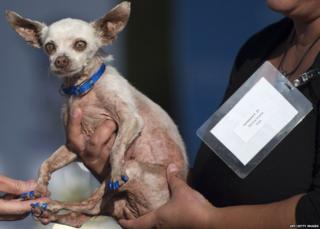 Dog rides bus alone to the park in Seattle, US

The dog that travels the world: Miss Darcy the jet-set pet