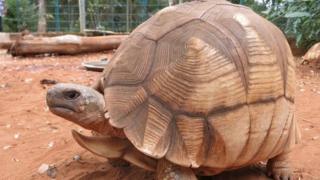 These Ploughshare tortoises are very rare. There may only be 500 left in the world.

They live in Madagascar, an island in the western Indian Ocean, 425 km off the east coast of Southern Africa.

They are highly prized for their distinctive gold and black shells and people try to steal them.

Their shells can fetch thousands of dollars if they are sold illegally, often to become pets in China.

Now in an attempt to save one of the world's most endangered animals, conservationists have decided to engrave a large serial number and the letters MG for their native Madagascar onto the shells.

They say if the shells are defaced and deliberately made less attractive then fewer people will want to steal them.

They then have a better chance of surviving.

When the idea was first suggested there was widespread opposition from many conservation experts.

Carving into the ploughshares' shells is similar to deliberately removing all horns from rhinos or tusks from elephants to stop those animals from being poached.

Richard Lewis, from the charity the Durrell Wildlife Conservation Trust said: "We hate doing it but it's got to be done to help save the species".

"It goes against every grain and gene in our bodies to do this - everything says we shouldn't do this, what we believe in, what we stand for.

"But we think this can be a major step in stopping people wanting these animals. We believe this will be a genuine deterrent."

The etching is several millimetres deep and only penetrates the shell.

It does not touch the more sensitive bone underneath and doesn't hurt the tortoise.

The charity runs a captive breeding centre in the Ankarafansika National Park to encourage the tortoises to breed.

More than 100 young adults have since been released into the wild.

The only place where the ploughshare tortoises live in the wild - a remote and dry stretch of sand, rock and bamboo at Baly Bay in northwest Madagascar - has been turned into a national park to offer protection.

Local people have been hired to patrol the area and to keep watch on the animals, many of which are fitted with radio tags.

So far about 70 of the tortoises living in the wild have been engraved.

There are another 400 or so to be found plus all those bred in captivity that have reached a suitable age. 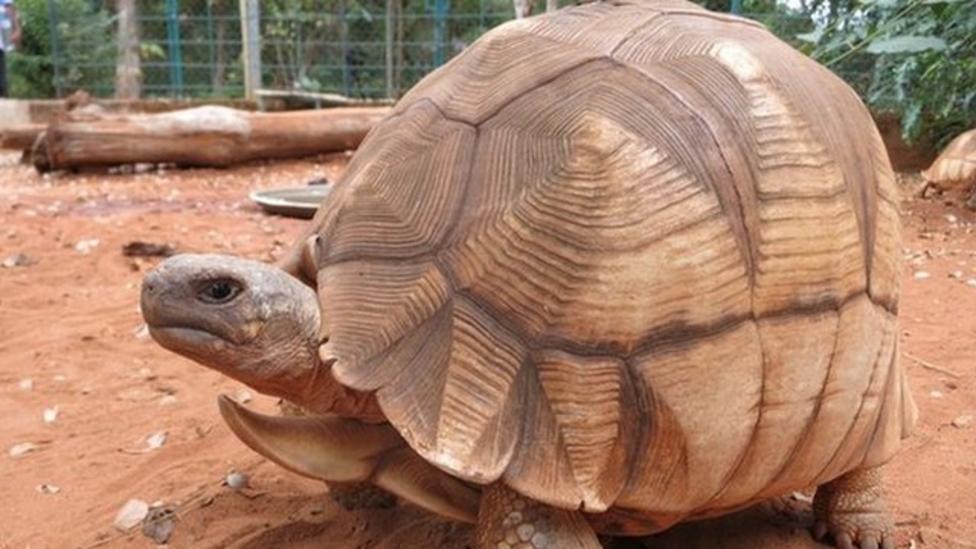