Queen 'could move out of Buckingham Palace' 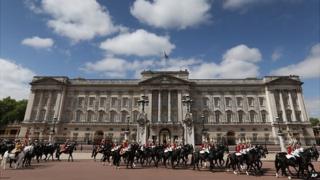 The Queen may have to find somewhere else to live for a while because Buckingham Palace needs repair.

The royal household says that the Queen's London home needs new plumbing and wiring and hasn't been decorated since she came to the throne in 1952.

But giving the palace a refurb is not going to be a simple task - it has 775 rooms, including more than 50 royal and guest bedrooms.

And it all could cost £150 million to sort out.

The Queen spends a third of the year hosting events at Buckingham Palace and some rooms at the palace are open to the public each year.

The last time the Queen left for a long period of time was during World War II when she and her younger sister were moved to Windsor Castle, in Berkshire.

What are your summer holiday plans?