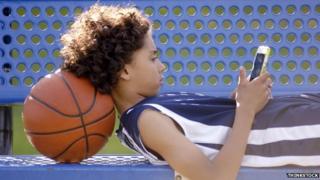 Nearly a quarter of kids see gaming with friends as a form of exercise according to a new survey.

The Youth Sports Trust report suggests children are not doing enough sport and are at risk becoming addicted to their handheld devices.

The charity say they're worried that lots of kids could suffer from health problems in the future and think more needs to be done to improve sport in school.

They want technology to be part of PE in schools to encourage more kids to get fit doing things they enjoy.

The Youth Sports Trust asked 1,000 five- to 16-year olds what they thought of sports in school.

The findings suggested that 75% of young people enjoy PE, but that digital technology can distract children from doing physical activities.

As well as 23% of the kids saying they think playing a computer game with a friend is exercise, around one in three said they spoke to their friends more on social media than they do in person. 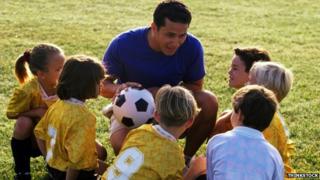 Thinkstock
Most kids told the survey they enjoyed PE

The government said it has given schools £300m to improve school sport, and that PE is really important.

But he added that "action is needed now to modernise the approach to PE and school sport and in doing so, guarantee the best possible future for generations to come."

What would make you do more sport?