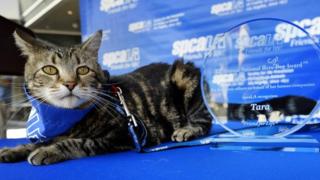 Tara the cat has been given a National Hero Dog Award in America after saving her six-year-old owner Jeremy when he was attacked in 2014.

Jeremy was ok after and the video of the heroic kitty went viral, attracting over 24 million views.

It has been over a year since the attack happened in California, America, and now Tara has been honoured for her bravery.

The president of the organisation that gave the award said: 'We were so impressed by Tara's bravery and fast action that the selection committee decided that a cat this spectacular should be the National Hero Dog.' 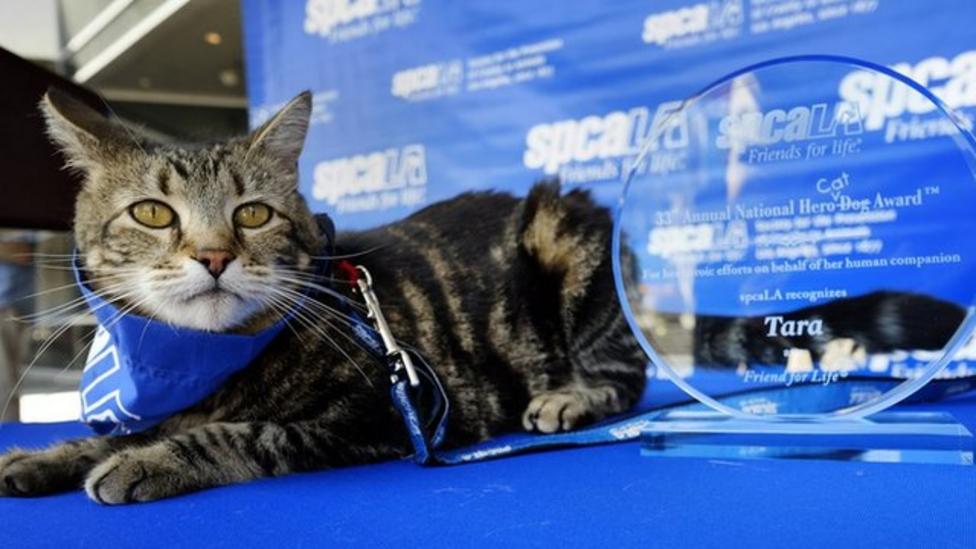