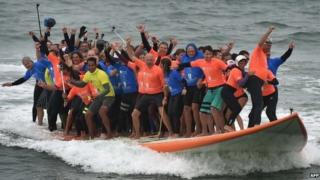 Surfers in California, America, have broken the world record for the most people riding a wave on a surfboard at the same time.

Sixty-six people rode a 12.8m surfboard for more than 10 seconds to break the record.

Around 5,000 people are reported to have watched the record attempt from the coast.

The record was previously held by a group of 47 surfers in the Australian state of Queensland.

Watch the clip to see the record breakers on their super big surfboard... 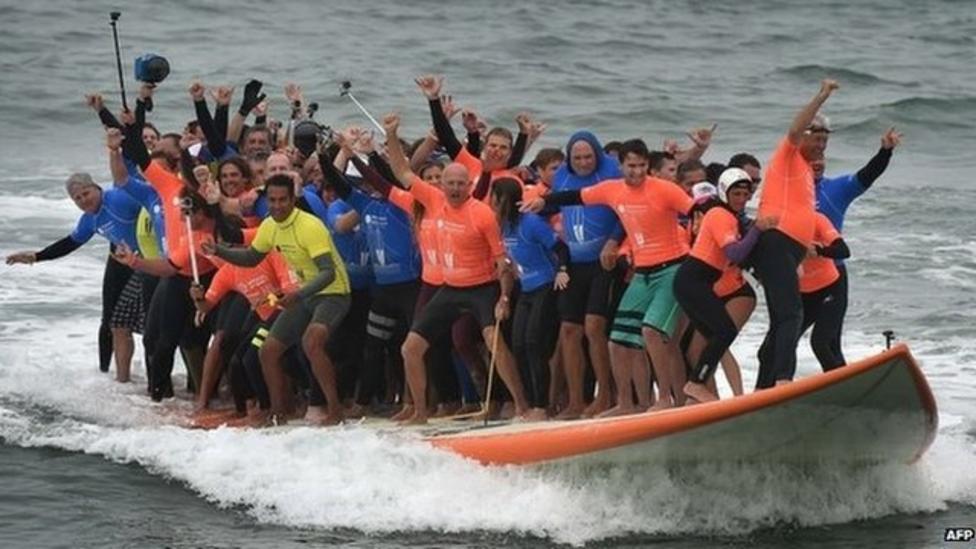