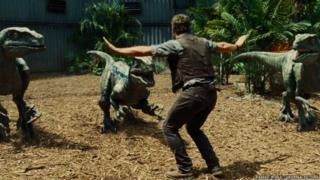 Zookeepers around the world have been copying Chris Pratt's velociraptor-taming moves from the film Jurassic World, with their own animals taking the part of the dinosaurs.

In the film a 'dinosaur researcher' confronts a group of velociraptors and calms them down using his arms.

Although they don't have their own dinosaurs, zookeepers have been trying out the technique with less-dangerous animals.

Tortoises, penguins, red pandas, and even rhinos have been included in the photos - which have now gone viral.

The people in these photos are professional zookeepers who are trained to work safely with animals. Don't try this yourselves. 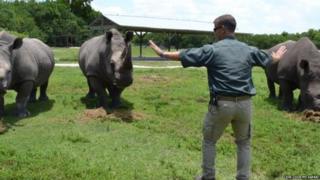 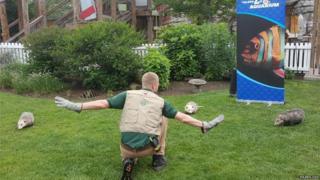 Toledo Zoo
Possums in Ohio, USA aren't quite as scary as the Jurassic velociraptors. 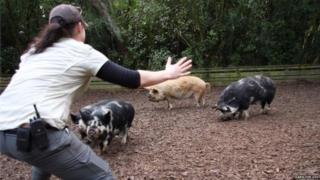 Hamilton Zoo
Meanwhile, this keeper in New Zealand has her pigs under control 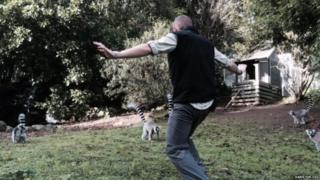 Hamilton Zoo
These lemurs seems to have their keeper surrounded 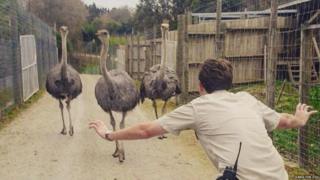 Hamilton Zoo
Can this keeper stop his ostriches' charge?

Leah meets the only polar bears in England