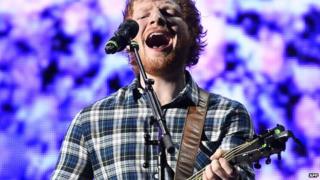 Ed Sheeran has surprised a young girl in Canada by performing an unexpected duet with her at a shopping mall.

Ed was in a music store when he overheard his hit Thinking Out Loud being performed by 13-year-old Sydney for a charity fundraiser.

He joined her on stage and the teenager remained surprisingly calm with the Brit winner beside her. 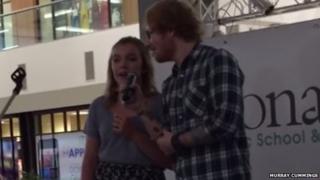 Ed left after the performance, stopping to pose for some selfies with fans along the way.

The singer is currently on a tour of Canada and North America.

Sydney later received a text by Ed's manager offering her two tickets to one of the the singer's concerts on the current tour.