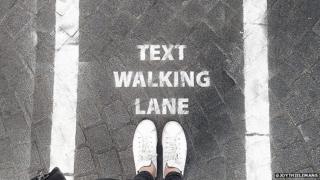 People sending text messages in the centre of the Belgian city of Antwerp have been provided with dedicated temporary "text walking lanes" so that they don't bump into pedestrians.

The project was thought up by a smartphone store based in the city.

It says that a significant number of mobile phone breakages happen because of "text walking" collisions.

There are now thought to be more mobile phones in the world than people. 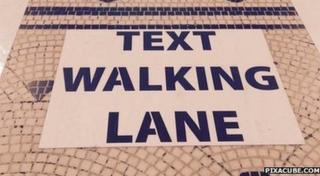 Although the "text walking lanes" are temporary, officials say there is a possibility they will become permanent.