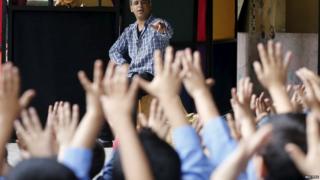 To mark 800 years since the Magna Carta was signed, Newsround is looking at what rights children have today.

In 1215 the Magna Carta was created to set out a list of basic rules about how the country would be run. It was the first time that ordinary people were protected by rights.

Now, all over the world children are protected by a special set of rights created by the United Nations - a group of countries that work together to try and solve some of the world's problems.

The rights for every child are found in the UN Convention on the Rights of the Child.

So what type of rights do children have?

Every child has the right to go to school, to learn the skills you need for the future.

But in some countries, children can't go to school every day.

This may be because families are too poor to send them and kids have to work to earn money instead - or because there just aren't any schools to go to in some places.

In countries like Pakistan, some people don't think that girls should be educated. Schoolgirl Malala Yousafzai was attacked in 2012 because some people in Pakistan were unhappy that she campaigned for girls to go to school.

No child should have to do work that is dangerous or could harm their health, or stop them from going to school and enjoying free time.

In parts of the world, children from poor families sometimes have to work. These children in Indonesia say that they have to work in dangerous mines, to earn money to buy food. 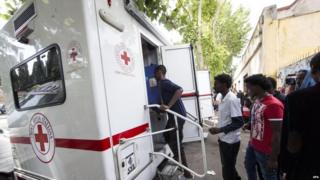 Every child has the right to the best possible health. They should have clean air and water, good food, access to doctors, and education on how to stay healthy.

Governments from all around the world should give help and support to all disabled children and their families.

Children mustn't be separated from their parents if they don't want to be, unless it's unsafe for them to be with them.

If their parents split up, children have the right to stay in contact with both parents.

The government must protect children if their own family can't look after them.

Children's opinions on matters that affect them must be taken seriously.

Every child has the right to think and believe what they want to as long as it's not hurting others, and to practice whatever religion they choose.

But in some countries, children aren't able to practice their religion, because their government thinks that only one religion is right, and everyone should follow that.

No-one under the age of 15 should join an army, or take part in fighting.

Children like these, in Colombia, have had to leave their homes, their friends and families, to fight in wars.

Governments must make sure that even though they are leaving their homes, refugee children still have the same rights as other children.

Refugees are usually trying to escape war and poverty in their home countries, but their journeys are often very dangerous. Children like these, crossing the Mediterranean, don't know if they can stay in Europe once they arrive.

It is the job of all governments to pass laws that protect children's rights.

These Newsround viewers asked Justine Greening, the UK Government Minister in charge of the Department for International Development, how Britain helps children around the world.

No matter where you are in the world, every child has the same rights, and no one can take them away from you.