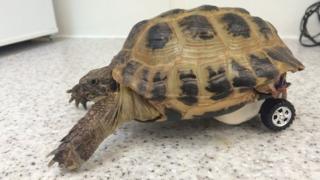 Part of a toy car has been fitted to a tortoise to help it get around after losing a leg.

Touche's back leg was removed after an accident at its home last week.

Vet Sonya Miles said: "We decided to attach the wheel to avoid him traumatising the underside of his shell by dragging his back end."

Since the surgery on Friday, his owner Lisa Purnell said Touche was doing well.

Staff at Highcroft Veterinary Hospital in Bristol, England, used a special glue to attach the base of a toy car to the plastron, which is the underside of the shell.

Ms Miles said: "It can be taken off in the future if we feel that he has enough strength to hold himself up but he could be fine with a wheel for the rest of his life.

"He may even need a bigger one fitted at some point; tortoises carrying on growing until they are 10-15 years old so he could still double in size." 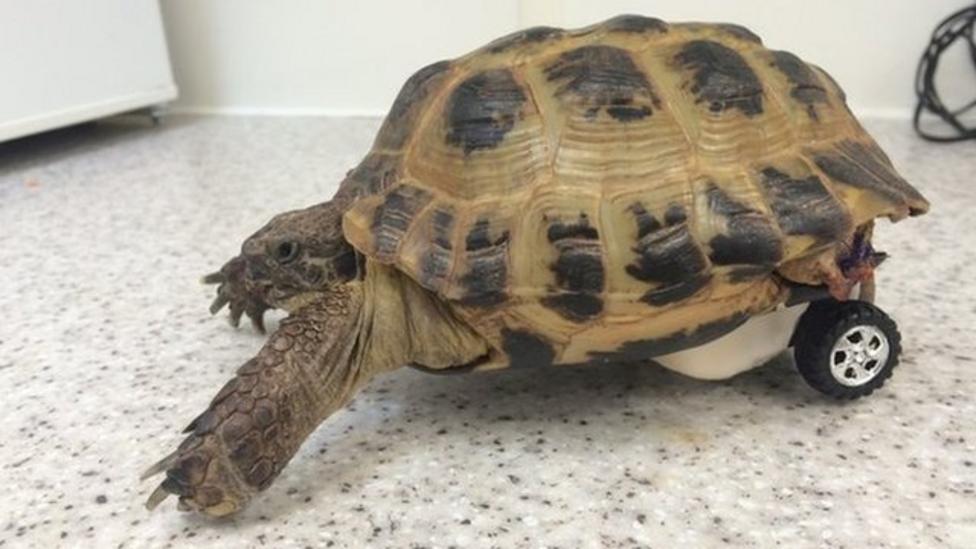