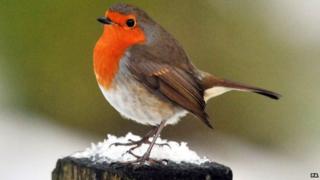 PA
Voters have selected the robin to be Britain's national bird

The robin has topped a poll of more than 200,000 people to choose the UK's first national bird.

The red-breasted bird received 34% of votes, followed by the barn owl, which received 12%, and the blackbird, 11%.

More than 224,000 people voted online, at ballot boxes in schools and by post in the poll, which began in March.

Bird expert David Lindo - who launched the campaign - said the result was "fitting", as the robin was Britain's most familiar bird. 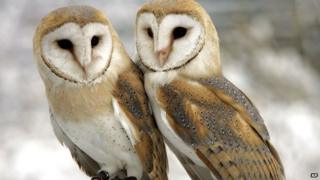 He added: "What has become the UK's biggest ever nature vote has reminded the British people how much they love the nature around us."

Mr Lindo said he would speak to the government to ask for the winner to be officially recognised as Britain's national bird.

National birds from around the world 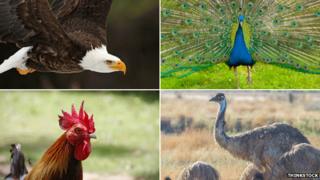 If the government agrees the robin should represent the UK, it would join the ranks of these other national birds from around the world:

Puffins under threat across Europe