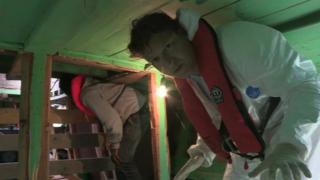 On board migrant boat in Mediterranean

Each year thousands of men, women and children attempt a dangerous journey across the Mediterranean Sea to Europe.

According to the UN, over 100,000 migrants have made the deadly journey from Africa to Europe this year.

British and European warships are once again carrying out search and rescue missions in the southern Mediterranean sea.

The operation known as Mare Nostrum was stopped last year and during that time one boat stepped in to fill the void - a retired fishing trawler specially converted to a search and rescue ship.

It is run by a privately-funded organisation called MOAS - Migrant Offshore Aid Station, the BBC's Gabriel Gatehouse got special access to one of the biggest rescue operations in recent years. 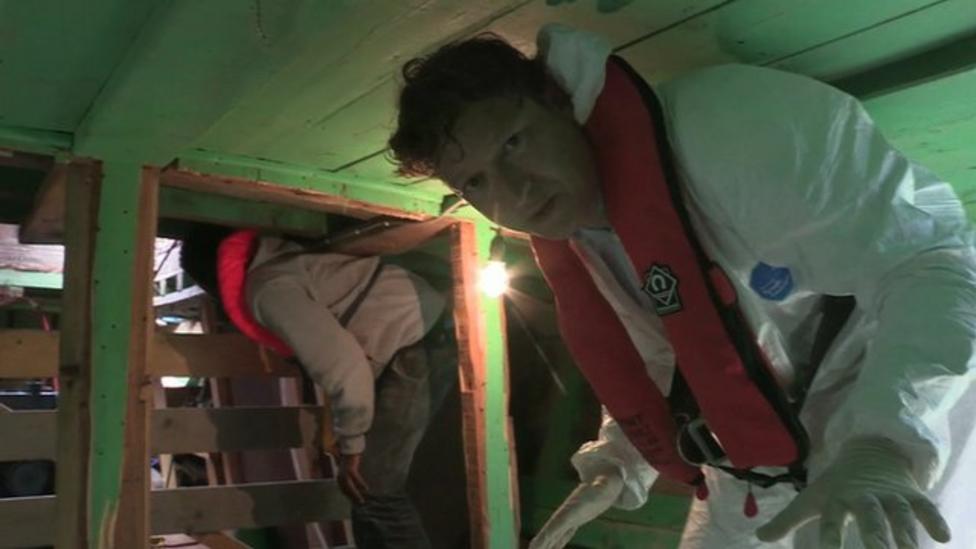 On board migrant boat in Mediterranean