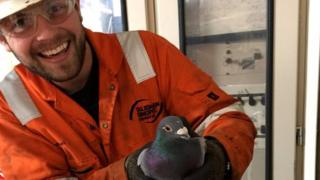 A lost pigeon which landed on a North Sea oil platform has had to be flown back to land by helicopter.

The bird was found on Talisman Sinopec's Clyde platform, about 160 miles offshore.

The pigeon, that was nicknamed Pedro by workers on board, was flown by helicopter to Aberdeen.

It was given to the Scottish SPCA's National Wildlife Rescue Centre in Fishcross. It's now making a good recovery.

Animal rescue officer Kirsty McQuade said: "It was my boyfriend Kevin Mitchell who found Pedro. He crash landed on deck. Kevin caught him and took him inside.'' 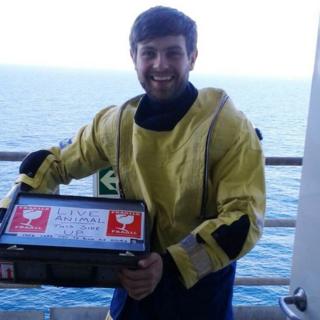 "Pedro appeared to be exhausted and extremely thin. I told him on what to feed Pedro and he was kept safe in a box on board.''

''It was fantastic that Pedro was able to ride in the helicopter with the crew who were coming back to the mainland and we would like to thank everyone for their assistance."