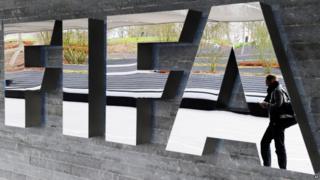 A leading official from Fifa says Russia and Qatar could still lose the right to host the 2018 and 2022 World Cups if any there's any evidence of bribery during the bidding process.

Domenico Scala, says he has not seen any evidence of payments being made, or received to influence the choice of which country hosted the tournaments.

But he says that if an ongoing investigation were to find any, it could change things. Both Russia and Qatar deny doing anything wrong.

It comes after seven FIFA officials were arrested and accused of taking bribes of more than £100m to influence other decisions.

Scala said: "Should there be evidence that the awards to Qatar and Russia came only because of bought votes, then the awards could be cancelled."

It's not the first time that Scala has said this. He made similar comments at the end of 2013 but since the arrests his words are being taken more seriously.

So who are Fifa and what do they do? 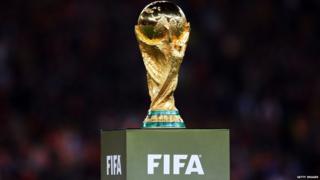 It runs world football and is in charge of organising and promoting big football tournaments around the globe - the biggest and most famous being the World Cup.

The World Cup Final is held every four years, in a different host nation each time.

What does Fifa do?

Fifa chooses who gets to hold the World Cup by visiting the nations who have asked to host it and deciding who has presented the best plan for the tournament.

As well as organising international tournaments, Fifa sees its role as protecting and developing the game of football for everyone around the world.

Why is Fifa in the news?

Senior officials from Fifa are being investigated by officials in America, for corruption.

They're suspected of taking millions of US dollars in bribes by people who wanted football tournaments held in their country, rather than picking hosts fairly.

A separate investigation by Swiss authorities is looking into how the World Cups in Russia, in 2018 and Qatar in 2022, were awarded.

US officials quoted in an American newspaper said that Sepp Blatter, the head of Fifa, was under investigation as part of the inquiry. 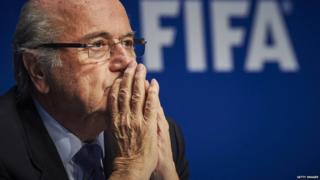 On Tuesday last week Mr Blatter announced he would be stepping down as head of the organisation after 17 years in charge.

In the coming months there'll need to be another election to choose a new leader for Fifa.

Whoever gets that job will have a lot of work to do to restore trust in the organisation.