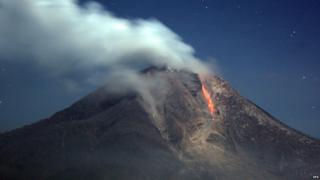 Plumes of ash and smoke have been billowing from Mount Sinabung in Indonesia in South East Asia.

Streams of boiling hot lava can also be seen.

People living close to the volcano have been told to leave their homes, and go to a safe area, as authorities fear it could soon erupt.

Thousands of people have had to be evacuated. Many travelled in farm vehicles to get to safety. 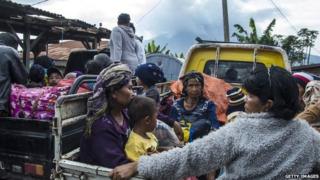 Big columns of ash and clouds of smoke are continuing to spew from the volcano's crater.

Experts say they have measured increased activity which they say could suggest there may soon be an eruption. Watch this video.

Farmers in villages close to the volcano have been harvesting their crops as quickly as they can. They are worried that if the vegetables and crops are left in the fields it could be destroyed in any eruption. 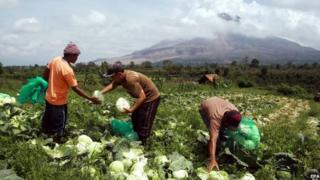 The Indonesian authorities are worried that the growing lava dome could collapse at any time. If that happens it could damage many villages nearby. 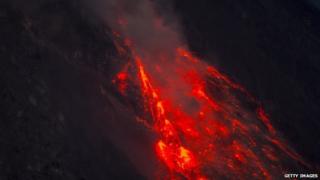 It's not the first time the volcano has erupted. It's been active several times since 2013. 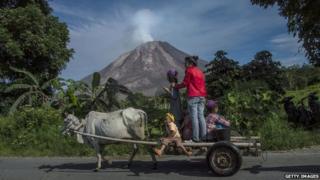 In 2014, 16 people were killed and tens of thousands of people had to move away from the area when there were several eruptions.

Nearly 2,000 people are still living in temporary shelters after their homes were damaged.