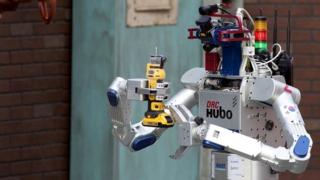 The contest is a battle of robots on an obstacle course.

Team Kaist's DRC-Hubo humanoid robot defeated 22 others to win the top $2m prize from the US Department of Defense's Darpa research unit.

The robots had an hour to complete a series of tasks, such as a driving a car and walking up steps.

The other tasks the robots were set included getting out of a car, opening a door, drilling a hole in a wall, turning a valve and crossing rubble either by clearing a path or walking over it.

Team Kaist was the fastest, completing all the tasks in 44 minutes and 28 seconds.

The challenge was the first where robots performed without being tethered and there were plenty of hard falls, getting groans and laughter from the crowds at the contest. 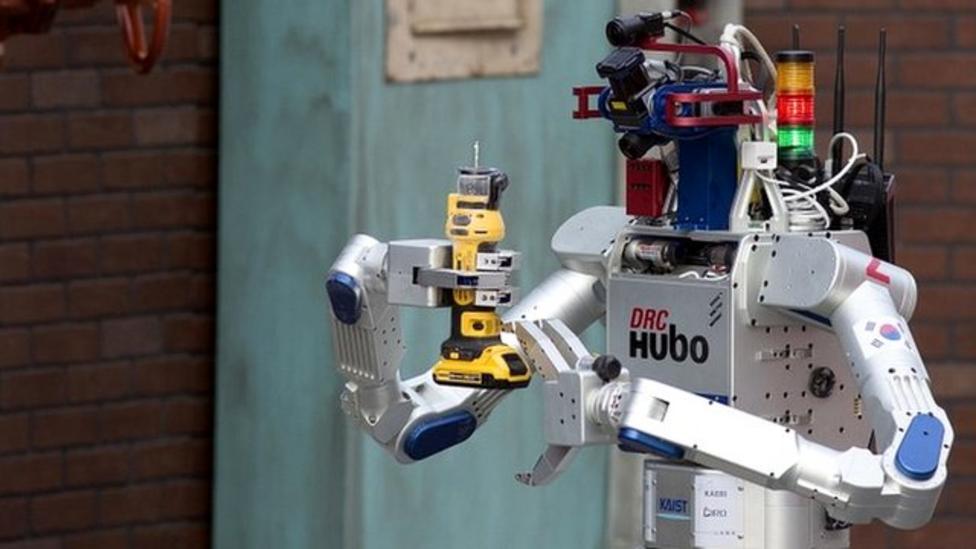