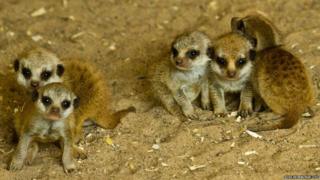 Five tiny meerkat pups have been exploring their new enclosure at Edinburgh Zoo.

The babies were born in May and are now playing with the rest of the group in the main enclosure. 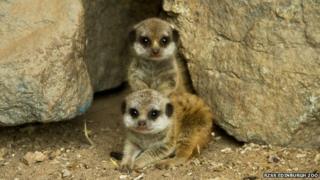 They don't stray very far from their mum though.

In the wild meerkats live in large families called a "mob" or "gang" and as many as 50 meerkats can live in them. 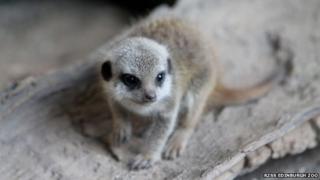 All the adults in a mob share the responsibility of looking after the pups.

Meerkats live in large burrows underground, to escape the scorching heat of the South African sun. 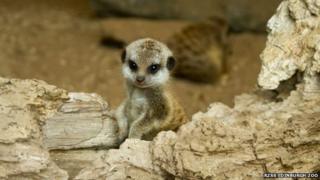 These five meerkat pups are yet to be named, but are enjoying exploring their new enclosure with each other for now.

Link between humans and meerkats