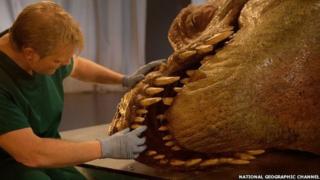 Scientists have made a fake Tyrannosaurus Rex to help them understand more about the prehistoric beast.

It's the world's first full-size, physically accurate T.Rex and is been operated on by vets and dinosaur specialists.

By doing an epic autopsy experts are hoping to find out how the 65-million-year-old beast may have lived and died.

The team were able to create the gigantic creature using the latest research and findings, but it was a huge challenge.

The model T.Rex is 40ft long, weighs 10 tonnes, with a heart 100 times larger than a human's and jagged teeth that are up to 30 centimetres long.

It took around 10,000 hours to make. Materials including latex, silicone rubber and polystyrene were used to create the massive monster's flesh.

Golden syrup, food colouring and water were mixed together to make the models 130 litres of blood.

Because the creature is so life-like inside and out, scientists have had the chance to touch it, smell it and cut it open for the first time.

The team were on a quest to discover how the T.Rex digested its prey, how similar they were to their closest living relatives, birds and crocodiles and whether they were warm-blooded like a mammal, or cold-blooded like a lizard.

You can see the model T.Rex being dissected and examined on T. Rex Autopsy, which premieres on Sunday 7th June on the National Geographic Channel. 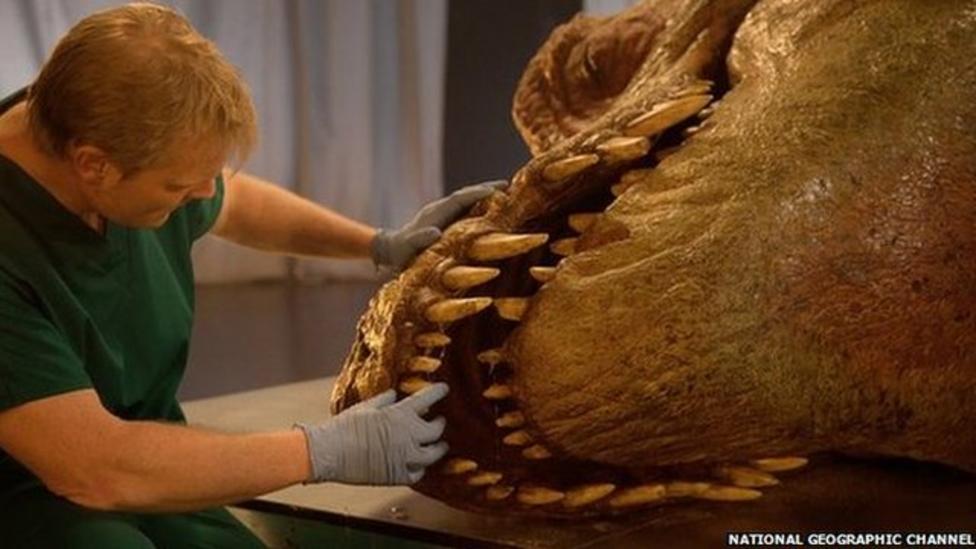