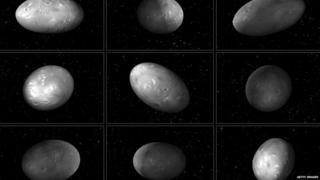 Scientists have discovered that Pluto's moons travel in a series of unusual directions.

They made the discovery after analysing ten years of data from the Hubble telescope. 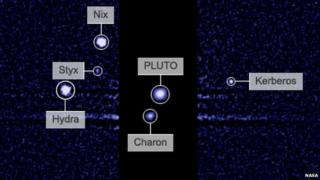 This is different to how our Moon travels around the Earth.

However this isn't the case for Pluto's moons. 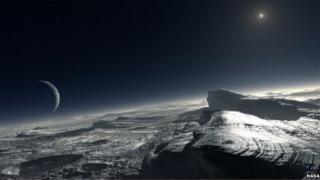 NASA
Artist's view of Pluto: All will become clearer when New Horizons passes through on 14 July

Scientists think this unusual motion is enhanced by the moons being roughly the same shape as a rugby ball rather than a football.

"If you can imagine what it would be like to live on [these moons], you would literally not know where the Sun was coming up tomorrow," said Mark Showalter from the Seti Institute, US.

Experts will get a clearer picture of their findings in six weeks time when the moons are passed by Nasa's New Horizons spacecraft.

Could huge lasers on the ISS be used to zap space junk?