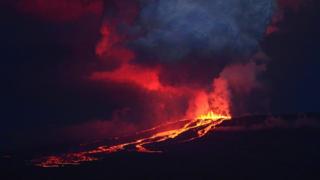 Lava from the Wolf volcano in the Galapagos islands has begun pouring into the sea in a spectacular show.

The volcano started erupting last week for the first time in 33 years, and has been spewing out fire, smoke and lava, which has now reached the ocean.

The Wolf volcano sits on Isabela Island, the largest of the Galapagos Islands, which are a group of small islands in the Pacific Ocean, off the coast of Ecuador in South America.

The Gaapagos islands are famous for their rare and varied wildlife, some of which can't be found anywhere else in the world. 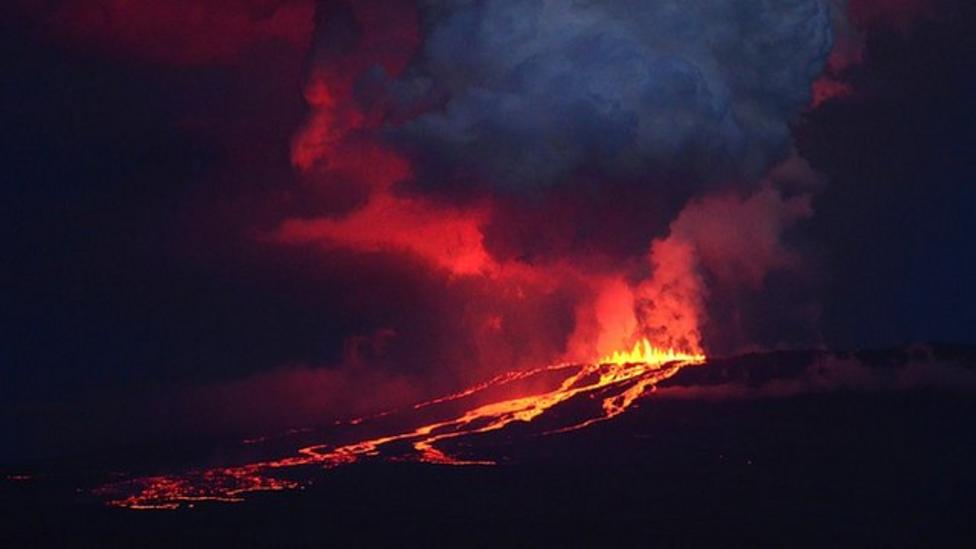