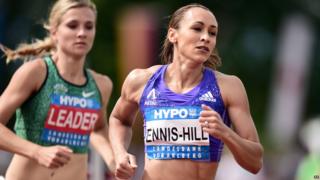 Jessica Ennis-Hill has qualified for the 2016 Rio Olympic games, after competing in her first heptathlon since the 2012 London Olympics.

Jessica finished fourth overall at the Hypo-Meeting heptathlon in Austria, earning more points to qualify than she thought, with 6520 in total.

"Some of my events have been pretty poor, pretty standard. I feel there's so much more to come." 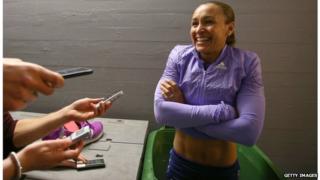 Getty Images
After the event, Jessica gave interviews from a make-shift ice-bath in a wheelie bin

Jessica's coach Toni Minichiello thinks there is still room for improvement: "In some performances we should have done better because we've done better in training".

Jess has had a three year break from competing in the heptathlon. As well as becoming a mum for the first time, she also recently suffered an Achilles tendon injury.

"If someone had said I'd have had 6,520 beforehand I would have taken that with both hands. It's a pleasing position to be in after all that time off," said Jess after the event,