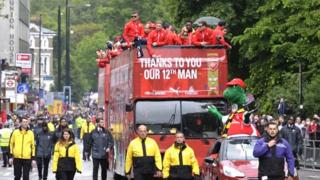 Arsenal fans have been celebrating a record 12th FA Cup title win following the team's four-nil victory over Aston Villa at Wembley, making it the most successful club in FA Cup history.

The Gunners paraded their trophy through north London, cheered on by crowds of supporters.

Arsene Wenger is also now the joint most successful manager in FA Cup history with six wins to his name. 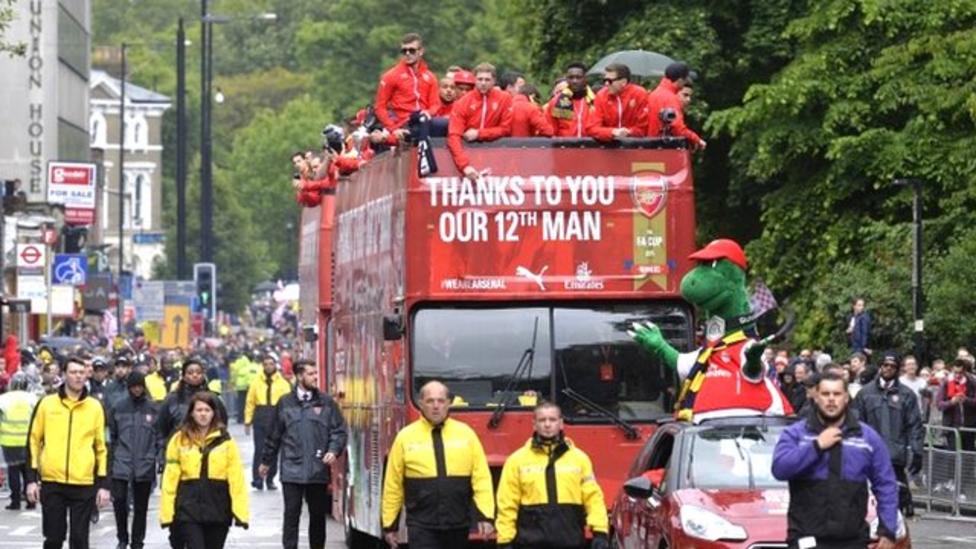