A massive heatwave has swept across India and more than 1,100 people have died in the past week, officials have said.

Although temperatures have fallen slightly in the worst-hit states of Telangana and Andhra Pradesh, they continue to hover around 45C.

Weather officials say rain showers in the coming days should bring some relief. 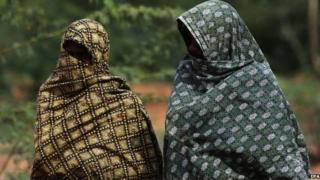 Temperatures in some areas reached almost 50C in the past week. AFP
Umbrellas are being used to shelter from the Sun, rather than rain

Hospitals are on alert to treat patients suffering from heatstroke and authorities have advised people to stay indoors.

The majority of those hurt are people who have been exposed to the Sun directly, including construction workers, elderly or homeless people. 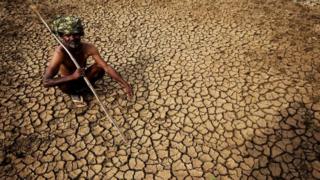 Weather officials say the heatwave is due to a lack of rain and there are fears that some of the worst-affected states could be hit by drought - a severe shortage of water.

Heavy rain is expected in the southern state of Kerala at the end of May, before it sweeps across the country.

What is a heatwave? 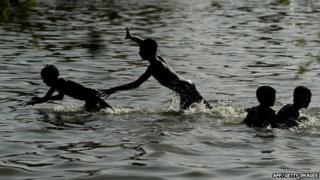