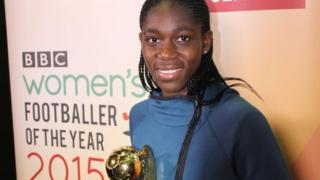 The 20-year-old was player of the tournament at the Under-20s World Cup in Canada last summer and helped the senior Nigeria team win the African Women's Championship in October.

Oshoala beat Spain's Veronica Boquete, German Nadine Kessler, Scot Kim Little and Brazilian Marta to the BBC award, which was voted for by football fans around the world.

Asisat gave an emotional speech when picking up the award in Canada. 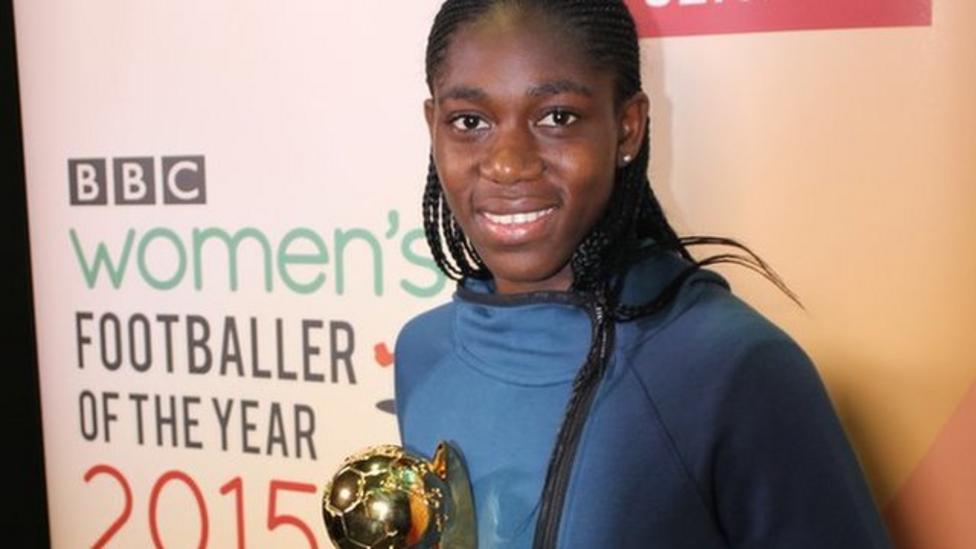