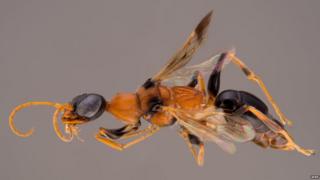 The Ampulex "Dementor" wasp - named after the soul-sucking Harry Potter monsters - is just one of many new species discovered in Greater Mekong.

The wasp takes its name from the dark creatures in JK Rowling's stories, because it paralyses its prey with venom before sucking its life away.

Nature charity the WWF says a total of 139 new species have been found in the South East Asia area in the past year. 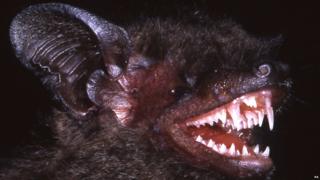 PA
The one new mammal species discovered is this scary-looking long-toothed pipistrelle bat. The long fangs help the bat to bite into hard-shelled insects.

'Race against the clock'

The Mekong delta, which covers the countries of Cambodia, Laos, Burma, Thailand and Vietnam, is one of the world's richest and diverse wildlife regions.

A total of 2,216 new species have been discovered in the region in the past 17 years: that's about three every week.

Now conservationists believe it's a race against the clock to document all of them, as they say threats to their habitat could mean species go extinct before they're even discovered. 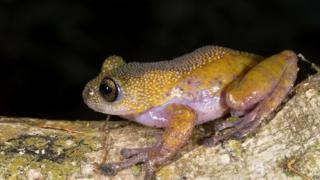 The colour changing thorny frog has a distinctive spiny back. At night its spikes have a pink and yellow colour; but in the daytime the yellow turns into a darker brown. 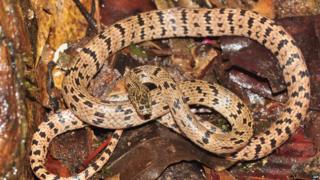 The wolf snake (above) is very well camouflaged, it has large non-venomous teeth on both jaws and blends well into its mountain forest home. 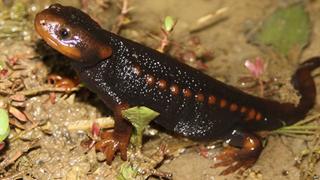 The crocodile newt lives around ponds and shaded places. Scientists have known about it for a long time but it's only recently been confirmed as a new species. 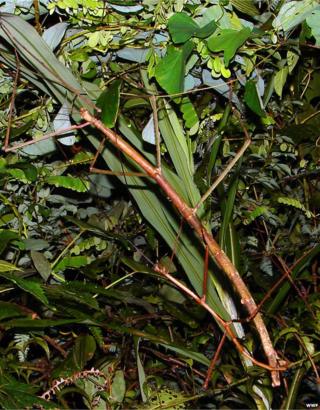 The name of this stick insect is nearly as long as its body. The Phryganistria heusii yentuensis is the second-longest insect in the world at 54cm long - that's over half a metre! But even this is shorter than the biggest ever, discovered in Borneo: Phobaeticus chani is more than 56cm long.

This bent-toed gecko is the 10,000th reptile recorded on Earth. It's one of 16 species of bent-toed geckos found last year, which puts the total at a huge 197 different species.