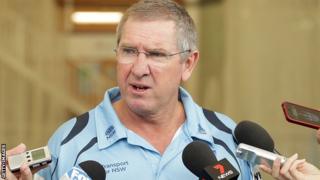 England have appointed a new head coach for their cricket team, and he's Australian.

Trevor Bayliss will take over the management of the team for this summer's games, which include the ashes against his native country.

The 52-year-old replaces Peter Moores, who was sacked from the job in May.

Bayliss has previously coached Australia and Sri Lanka, who he took to the World Cup final in 2011.

"It's an honour to be appointed England coach," said Bayliss. "I firmly believe that the team has a bright future."

Bayliss will take up his new role in June, in time for the start of the Ashes series against Australia which begins in July.