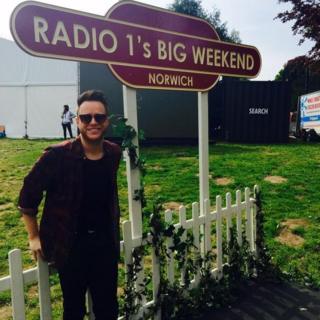 Olly Murs was just one of the stars that performed at the Radio 1 Big Weekend in Norwich.

And the singing star definitely made the most of his time at the festival, getting stuck into all the activities on offer and sharing his snaps on Twitter.

So, from having a go in the gravity room to rapping with Grimmy, what were Olly's favourite moments of the weekend? 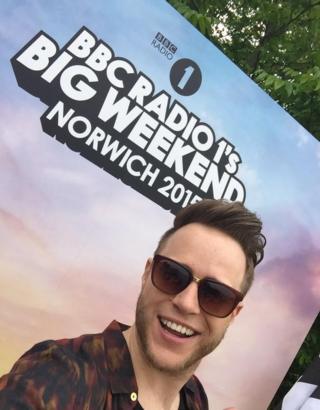 ollyofficial
It started with a selfie. Olly let fans know he had arrived. 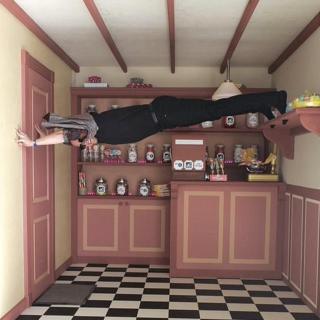 Defying gravity! Olly appears to defy the laws of the universe in this quirky snap. 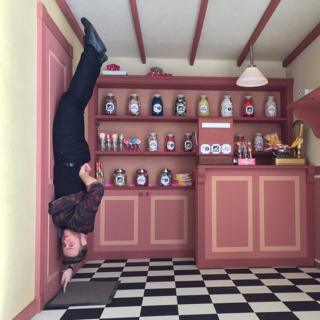 ollyofficial
Olly isn't super-strong - he's just in a special trick room, with the camera on its side. Turn your head to the right to work out how the photo was taken. 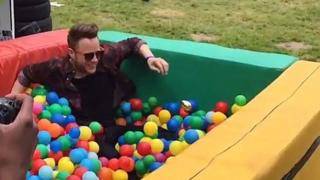 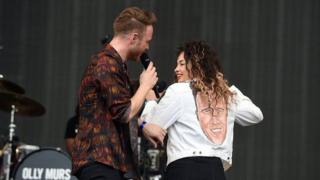 ollyofficial
It wasn't all fun and games - Olly had to work too! Here he is on stage with pop songstress Ella Eyre. 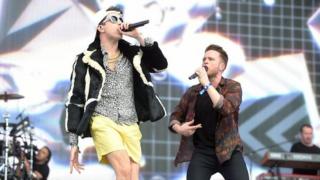 Radio 1 DJ Nick Grimshaw appeared on stage with Olly to perform a rap. 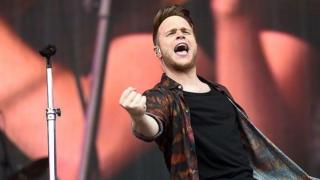