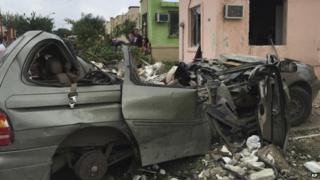 AP
The storm left a trail of destruction in Ciudad Acuna

A deadly tornado has hit Mexico, with hundreds of homes damaged or destroyed in the city of Ciudad Acuna.

Across the border in the United States, flooding has affected the state of Texas.

Authorities in Mexico say the tornado reached a speed of up to 186 miles an hour. 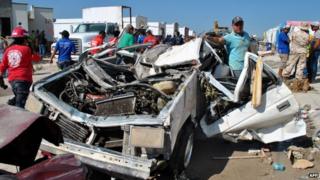 AFP
Scores of cars were destroyed by the storm 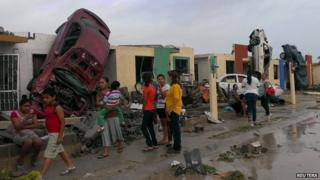 Reuters
Some were also left upended against buildings

At least fifteen people have died as a result of the disasters. 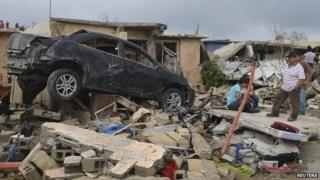 Reuters
Many residents have lost their homes

Evaristo Lenin Perez, Mayor of Ciudad Acuna, said it was the first tornado to hit the city since it was founded more than 100 years ago.

Rescuers are searching the damaged homes for survivors. 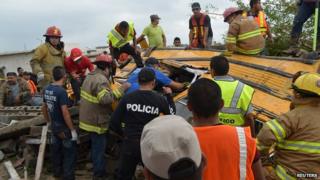 BBC reporter Katy Watsons said: "The tornado only lasted a short moment but that was enough to devastate a community."

"It struck at a busy time in the morning - people were driving or taking public transport to work." 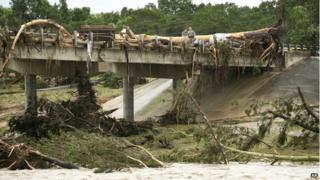 "The army is helping to search for missing people and neighbouring states have also said they will lend a hand in the rescue effort," she said.