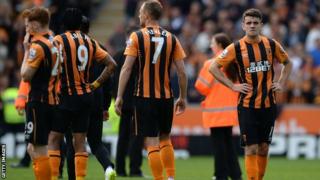 It was another dramatic last day of the Premier League season as the final relegation spot was decided and the goals flew in at grounds up and down the country.

Hull City's two-year stay in the Premier League came to an end on Sunday as they drew with Manchester United.

Steve Bruce's men had to win to give themselves any hope of survival.

But Newcastle's victory against West Ham took the issue out of their hands, forcing Hull down even if they had won.

Hull manager Steve Bruce said his side were "not good enough".

"It's an awful experience and it will dawn on the players we are not in the Premier League anymore," said Bruce.

"There is talking and soul searching to be done. It is bitter and sad at the moment."

In other games, Liverpool's final match ended in a humiliating defeat.

The Reds said goodbye to captain Gerrard, who played his final ever game for the club, with a 6-1 thrashing at Stoke. It meant they dropped to a sixth place finish behind Spurs, who stole fifth spot. 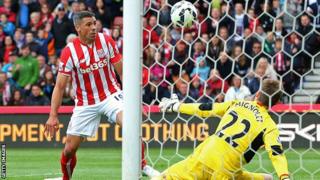 Ex-Liverpool midfielder Charlie Adam made it 4-0 from 20 yards before Steven Nzonzi added the fifth from 25 yards.

Gerrard got one back before substitute Peter Crouch headed Stoke's sixth.

Brendan Rodgers said: "For everybody connected with Liverpool, we are all embarrassed by that result."

It was the first time in 52 years the Reds had let in six goals in the league but Rodgers, 42, insisted he still has "a lot to offer the club", despite winning no silverware during his three years in charge.

Liverpool must also now go through two qualifying rounds if they are to compete in the group stage of next season's Europa League. 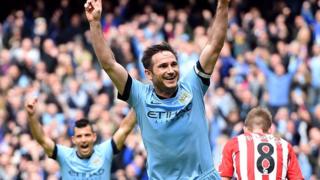 Frank Lampard scored for Manchester City in his final Premier League appearance as Southampton missed out on a top-six finish.

Ronald Koeman's men must now hope Arsenal can defeat Aston Villa in next weekend's FA Cup final to help them earn a place in next season's Europa League.

Lampard, who is set to play for New York City FC in the USA, side-footed home from 10 yards to give the hosts a first-half lead. 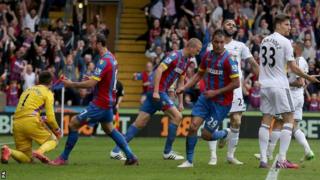 Marouane Chamakh's second-half goal gave Crystal Palace the victory that saw them finish 10th in the Premier League with a record points tally.

The former Arsenal striker, 31, drove home his second league goal of the season after a free-kick was headed into his path by Scott Dann.

The result ended Swansea's three-match winning run at Selhurst Park as they offered little in response. 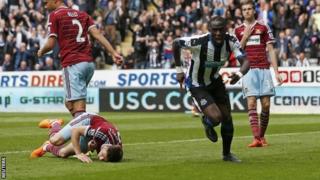 Newcastle United survived relegation from the Premier League by securing the win they needed against West Ham to assure safety at St James' Park.

They knew victory against Sam Allardyce's side - in his last game in charge - would condemn Hull City to relegation to the Championship.

The three points were delivered on an afternoon of tension on Tyneside, courtesy of Moussa Sissoko's header early in the second half that sent a thunderous roar around the stadium in an outpouring of elation and sheer relief. 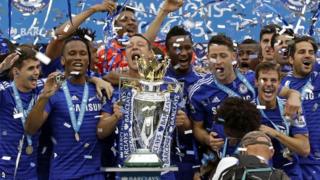 Champions Chelsea ended the campaign eight points clear at the top after a final-day win over Sunderland.

Steven Fletcher's header put the visitors ahead but a Diego Costa penalty - after John O'Shea barged Juan Cuadrado - levelled before the break.

Costa replaced Didier Drogba, who was carried off by his team-mates after 30 minutes of his final Chelsea outing.

And another sub, Loic Remy, put Chelsea ahead from 20 yards, before wrapping up the win with a close-range finish.

The Blues ended the campaign eight points clear at the top having only lost three league games this season.

Who should win the Championship play-off final?