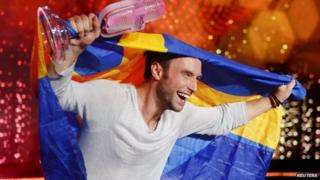 He won with his pop track Heroes, which he performed accompanied by animations.

And the UK's act, Electro Velvet, finished 24th out of the 27 participants, with just five points.