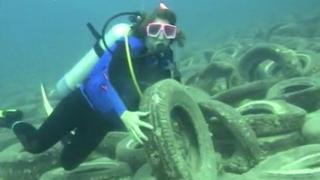 Divers in Florida have started work at the bottom of the sea, to clear up an environmental mess made by people more than 40 years ago.

Back then, recycling wasn't possible, and they hoped that fish would be attracted to the structure, and corals would grow to make an artificial reef.

Unfortunately, the planners were wrong, and fish didn't like the tyres. Now, they're causing problems by damaging natural coral as they move in the currents.

So, authorities in Florida have restarted a plan to spend $2 million sorting the problem out. 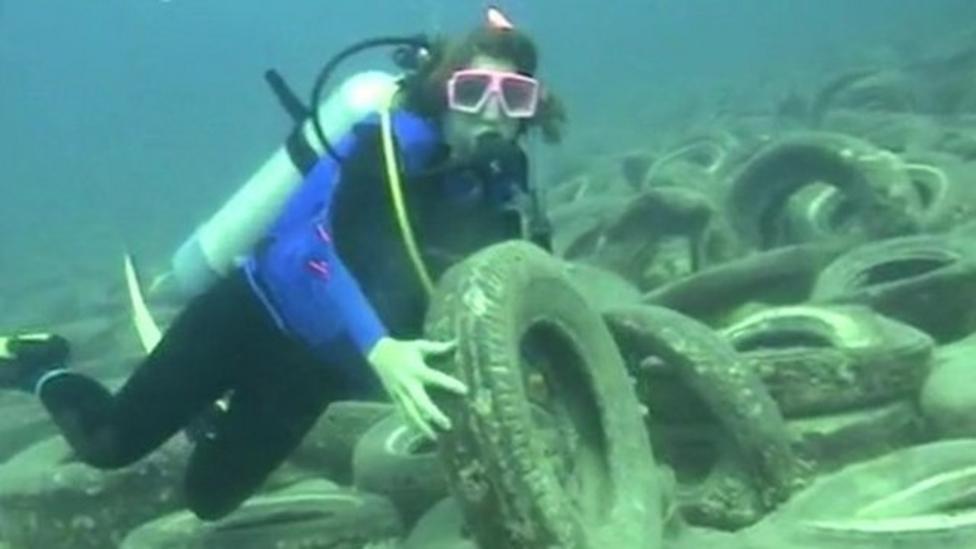