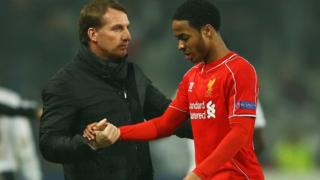 Liverpool have cancelled Friday's planned meeting with forward Raheem Sterling over comments reportedly made by the player's agent.

Aidy Ward told the Evening Standard newspaper that the England forward will not sign a new deal even if offered "£900,000 a week".

Sterling was expected to tell the Reds he wants a move away from Anfield this summer and has already rejected a new £100,000-a-week contract.

Liverpool believe there would be no point in having a meeting when the player's representative has been heard saying a new deal would not be signed regardless of the figure.