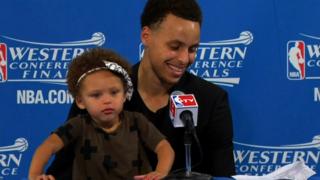 She says her dad was being "too loud" and then goes on to hide underneath the table in front of the world's media.

Curry was voted the National Basketball Association's most valuable player this season and is a star player for a Golden State side looking to win their first title since 1975. 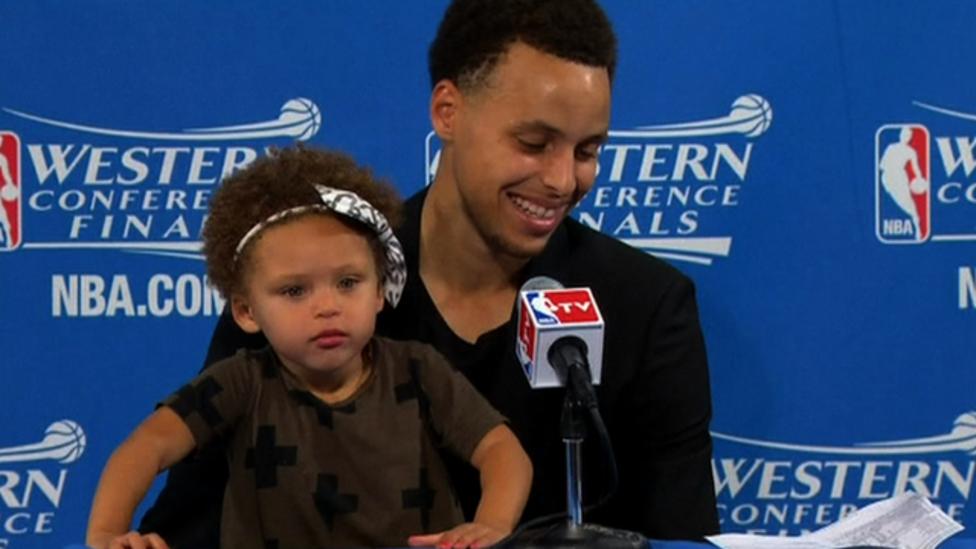