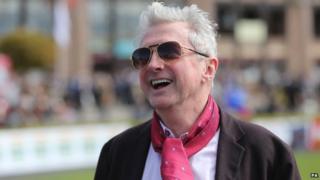 Walsh, who may not be returning to the X Factor judging panel this year, was asked about whether he would like to see Cheryl back on the show.

Adding: "She needs to give more, she can give so much more." 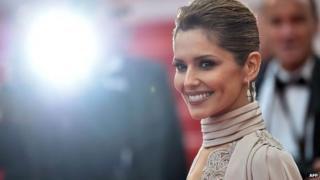 Cheryl hit back, posting online: "I am beginning to wonder if Louis has some kind of an obsession with me."

She also wrote that he should try to say something positive in the future.

Cheryl and Louis have known each other for a long time, way before they worked together on the X Factor.

Cheryl started her pop career as a contestant on a singing talent show 13 years ago, and Louis was on the judging panel.