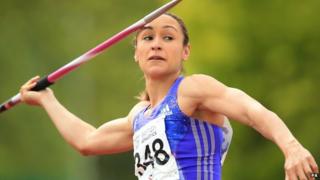 Athletics superstar Jessica Ennis-Hill has taken her first steps on the road to next year's Rio Olympics.

She's confirmed she'll take part in her first heptathlon since winning a gold medal at London 2012.

It will be at a competition in Austria at the end of May.

The Olympic champ has recently returned to athletics after nearly two years away due to injury and the birth of her first child last year.

Which women inspire you - and why?