Prince Charles has met Gerry Adams, the President of a political party called Sinn Fein, as part of a hugely significant visit to Ireland.

It was the first meeting in the Republic of Ireland between a member of the Royal Family and Sinn Féin's leadership.

It's being seen as an historic moment and something that would have been unthinkable just a few decades ago.

Why is it significant?

Back in the 1970s a huge battle raged in Northern Ireland.

The fighting was about whether the country should be Irish or British. 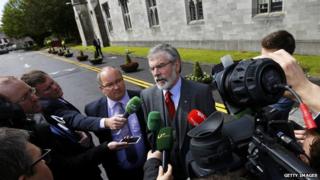 Getty Images
Gerry Adams being interviewed about the historic meeting with Prince Charles.

On one side were the Irish Republican Army - known as the IRA. They thought Northern Ireland should be part of the Republic of Ireland, and carried out deadly bomb attacks against police, politicians and ordinary people.

On the other side of the battle, groups loyal to Britain also carried attacks which killed innocent people.

Since then all sides have made steps to try and sort out the problems of the past.

Today is seen as very significant because Charles is Colonel-in-Chief of the Parachute Regiment, a part of the British Army.

The Parachute Regiment was involved in the killing of ordinary people in the city of Londonderry in 1972. 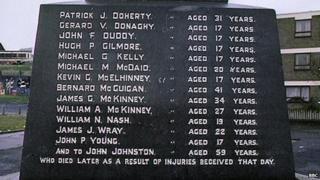 The memorial in Londonderry, which commemorates the names of the people killed by British Paratroopers in 1972.

And Prince Charles' great uncle Lord Mountbatten was killed by the IRA in 1979. 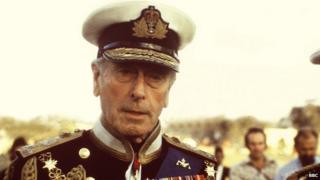 Lord Moutbatten, who was Prince Charles' great uncle was killed by the IRA in 1979.

So this meeting is important because it shows the world how far people have come in trying to bring peace to Northern Ireland.