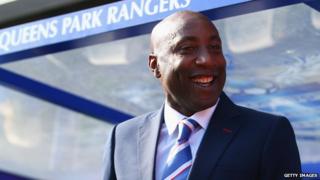 QPR have given stand-in boss Chris Ramsey the job full-time, despite being relegated from the Premier League.

Ramsey, 53, was appointed in February when Harry Redknapp quit the club.

He has won three of his 14 matches in charge and saw the team relegated to the Championship with three games still to play.

But QPR's chairman, Tony Fernandes, says they've been impressed by him and want him to carry on. 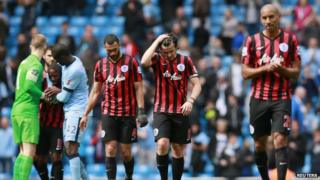 Reuters
QPR were relegated after losing 6-0 to Manchester City.

Fernandes said: "When Chris took over the role we were already in a very difficult position."

"Despite our relegation, we, as a board, have been impressed with the professionalism and attention to detail he has demonstrated."

Fernandes added: "He lives and breathes management and coaching and I am sure he will flourish in this role as we look to bounce back from this season's disappointments.

"This is a new start for us and one I am confident Chris will relish playing a major part in."