Minecraft has become the most streamed game on YouTube with more than 42 million videos on the internet site.

The video sharing site released a list of the top ten most popular games that have been streamed since it started in 2005 and the virtual game came out on top.

It's now been watched more than any other game in YouTube's ten year history.

Minecraft videos on YouTube range from builders showing off their creations to explorers taking a look at other people's virtual worlds. 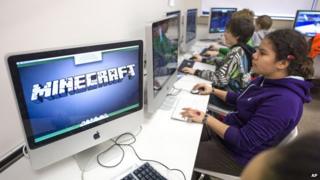 AP
Schools - such as this one in Juneau, Alaska - have started introducing Minecraft into lessons

Ryan Wyatt, YouTube's global head of gaming content said: ``It's crazy because Minecraft' is also the second most searched term on YouTube."

He added: "It's a testament to Mojang (Minecraft's developers) understanding the marketing capacity and power of our content creators.'' 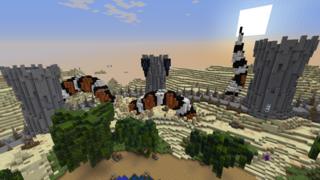 Minecraft is set in a virtual world where players build with blocks of different materials.

The game was originally released by Swedish studio Mojang and its popularity has grown and grown since it was first launched in 2009.

The company has sold millions of copies of game in different formats and was bought by Microsoft for $2.5bn (£1.5bn) in September 2014.

The football simulator game FIFA, The Sims, League of Legends and Puzzle & Dragons also made the top ten list of most streamed games on YouTube.