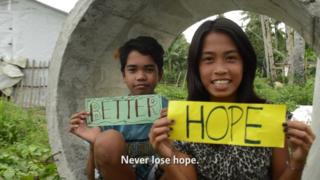 Children that survived a typhoon in the Philippines in 2013 have sent a message of hope to Nepal.

A second quake hit Nepal on Tuesday, two weeks after a massive earthquake devastated the country and rescue work is continuing to find survivors.

The kids in the video were affected by a natural disaster when Typhoon Haiyan, one of the most powerful typhoons ever recorded, tore into the Philippines in south-east Asia in November 2013.

It left some parts of the country completely flattened. Over 6,000 people died and millions were left homeless.

Watch Leah's special report from the Philippines all about Typhoon Haiyan 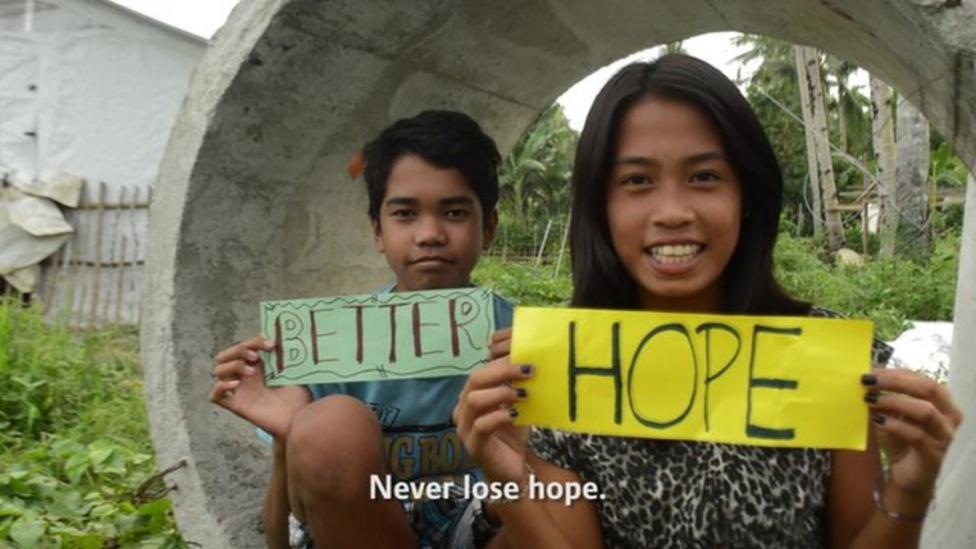