Prince Charles letters have been published 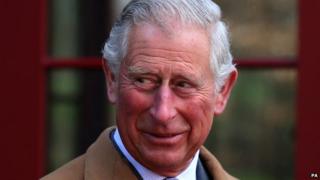 Letters sent by Prince Charles to government ministers are being shown to the public, despite efforts by the government and officials at Buckingham Palace for them not to be seen.

In the letters Prince Charles expresses his concerns and gives his thoughts on issues like farming and the environment.

The letters were sent ten years ago to the government in charge of the UK at the time.

There are 27 letters in total and several court cases have taken place to decide whether or not the letters should be kept private.

The battle began in 2005 when a newspaper journalist used an Act of Parliament, called the Freedom of Information Act 2000, to demand to see the letters.

In the beginning it was ruled that the letters should not be shown to the public, but the UK's highest court ruled against this.

He said: "This is about the principle that senior members of the royal family are able to express their views to government confidentially. I think most people would agree this is fair enough."

What are the Royal Family allowed to do?

The amount of say the king or queen has on what happens in the UK has changed over the years.

A long time ago kings and queens had the power to make laws and decide how things were run.

But now that job is left to an elected Parliament. The Queen's role is mainly ceremonial. 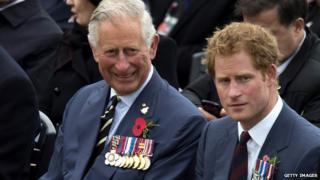 She's not allowed to support a particular political party but can offer advice.

Some say that Prince Charles should also have a right to talk with the government about decisions they make.

But others have accused the prince of getting involved where he shouldn't and have argued that the way he works should not be done in secret.

The letters will now be examined to see if the king-in-waiting had put any pressure on elected ministers.

They'll also be looked at to see if there's any evidence that things were changed following the prince's letters.