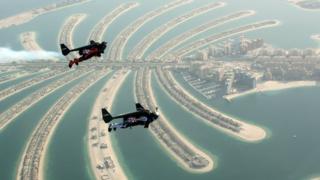 The jet-propelled pilot has found a friend to fly through the sky at 185 miles per hour with.

Yves Rossy, who goes by the name 'Jetman', and French parachutist Vince Reffet soared together at speed, powered by jetpacks.

They put on a world-first aerial display above landmarks in Dubai, including Palm Island.

Yves built the specially developed flying suit back in 2006, using four jet-engines, which you might normally find on a small plane.

He has already used his jetpack prototype to cross the English Channel and fly over the Grand Canyon and Rio de Janeiro.

He said the display in Dubai "was the culmination of over 20 years of innovation".

'Jetman' added it "has resulted in achieving my personal dream to fly free, soaring through the sky." 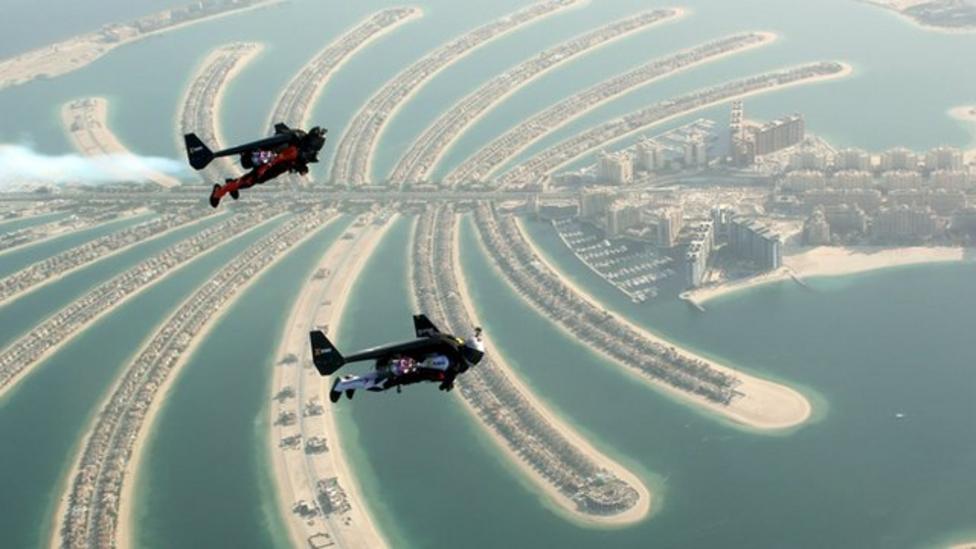